A Japanese homestay is hardly a simple slide from soto (outside) into uchi (inside). If you feel that the process of entering into uchi seems impossibly snail-like, take heart. To paraphrase Molly’s comments on this subject: just when you think you’ll never glimpse the family inside, suddenly you are swept right into uchi. This module gives examples of people who were suddenly (and instantly) vaulted into uchi, and then helps you understand how these shortcuts work.

1. Look closely for what triggered the shortcuts in each of the following cases:

Janine 1: Visible in the Neighborhood Bath (female, US)

2. Now compare the examples above with the following two shortcuts:

Rosa 1: Pushed into Uchi by my Guest (female, US)

3. Putting the pieces together. . . Hints on the workings of lightening-like shifts into uchi.

Japanese relate to all guests with only two distinctions: inside or outside (uchi / soto). Even though you may feel completely “outside” when you first arrive, whether with your family, or among colleagues, the shift “inside” is not only possible, but can happen almost instantly, as in all the cases in 9.1. Notice that the catalyst for this shift is also similar in all these cases: the appearance of other newcomers/guests who are even more distant than the original newcomers, suddenly “pulls” each of the original newcomers in Module 9.1 into uchi. 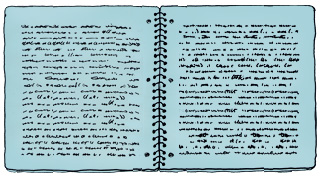 Janine 1: Visible in the Neighborhood Bath

When I was a graduate student in Japan, I lived for awhile in an apartment in Tokyo. It was in a neighborhood with many small shopkeepers and their families. Central to the neighborhood was the public bath (sento). Although these baths have now been largely replaced by baths in the home in Japan, at this time many people, especially the neighborhood shopkeepers, went to the bath and bathing was quite a social occasion. In the evenings, as dusk fell, you could hear the clacking of geta (wooden sandals) along the streets as people walked, bath bowls in hand.

I too went to the bath. But in spite of the lively chattering of the neighborhood women soaping and scrubbing each others’ backs, drenching each other in water, and then soaking together in the hot water, I was treated as if I didn’t exist. No one talked to me, and I had no part of the soaping and scrubbing exchanges among the women in the bath. I seemed totally invisible. This went on for about a month.

One night I went to the bath to find a sign saying that on this day the bath was closed. I walked to another neighborhood close by where I had noticed another bath. This one was open and as I walked into the steamy area of the bathing pool, I noticed a group of women huddled together on the far side of the pool. Suddenly I saw them beckon to me, and call out “We’re over here! Come over here!”

I recognized them from the other bath. They were the same women who had been chattering and scrubbing in my neighborhood bath, and who had never acknowledged my existence. Now they were chattering to me as if they had always known me. They now included me in the back-scrubbing, dousing, and soaking, as if they had always done so. And when we went back to our neighborhood bath the next night, I found that my identity had been established. From that time on I was a “known” member of the bath. 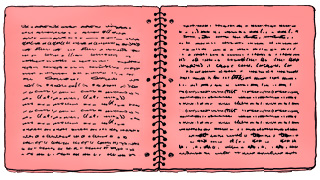 On the way home from sweet potato picking the other day, Kirsten and I walked home together, and then she came into the house, at which time I feel like I had my first important breakthrough in the uchi/soto barrier.

We came in and talked with the okaasan for awhile, and when Kirsten left the room, okaasan asked me if we wanted anything to eat. When she got back, I asked Kirsten if she wanted a nashi (pearlike apple), and then assumed that okaasan would cut it, since I had never before had the privilege of cutting my own nashi. When she didn’t, I figured, “Hey, this is my chance.” I dashed into the kitchen, cut it up, served it, and that was that—all in all very exciting! For the first time since I’ve been here, I wasn’t the “guest”—I was sort of “dragged” into the uchi, which was really nice. . . 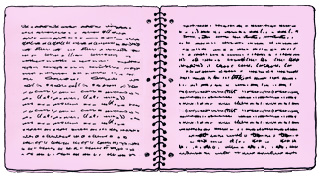 Rosa 1: Pushed into Uchi by My Guest

It was a little over a month into my homestay when my friend Isabel came to stay for a few days with my host family. They moved me into the formal tatami guest room with Isabel, but they still treated me as being closer to them than Isabel. When okaasan asked me to help lay out the futon and covers for us to sleep on, I felt like they were treating me as part of the family. I also helped in the kitchen, when Isabel was eating with the family. Until that time I had never been in the kitchen much; I was just beginning to be able to enter to get a drink of water by myself. During Isabel’s visit I helped both in bringing food and dishes to the table, and in clearing off the table after dinner.

My host family constantly made little distinctions between Isabel and me. They would explain things to me (like what was going to happen next) and expect me to communicate everything to Isabel. They also gave Isabel the best portions of what they served, slightly better than mine. Isabel was also invited first into the bath, things like that. I noticed these differences, but wasn’t sure what to make of them at the time.

Hitting an Impasse
During my yearlong homestay with the Shinoda family in a village in Nagano Prefecture, my host sister, Katsuko, became my close friend. When I came back several years later for a second stay, she had just gotten married and had joined her husband’s household. I couldn’t wait to see her, and I went to visit her as soon as I could. But when I entered the house, instead of being able to chat with Katsuko in our usual way, I was ushered into the formal parlor (the equivalent of Parlor 4 in Module 5.2). My next shock was that I couldn’t even talk to Katsuko. Instead it was the old grandfather who was ushered into the parlor to be with me, while Katsuko came in to wait on me and the grandfather, bringing us drinks and food. I was totally taken aback over this turn of events.

In Katsuko’s married household I had once again become an outsider, and was now bumping up against the same formalities I had originally gone through in her natal house. Even though I had already gone through the trajectory and gotten to know her well there, it seemed like I was now starting all over again at square one, as if I didn’t know her at all. Furthermore, in my present soto situation, by coming to see Katsuko, instead of creating what I had thought would be an enjoyable occasion for her, I was only creating more work. She was now heavily pregnant and I felt badly that she had to wait on me. I left as soon as I could, wondering how I was ever going to manage the transition to the kitchen (uchi), which was the center of her activities in her new house, and doubting if I would ever be able to communicate with Katsuko again in the same way we had before.

My Impasse dissolves
Two weeks after this visit I received a phone call from Katsuko’s mother-in-law who asked if she could come over and visit me in my homestay house. Katsuko’s husband’s younger brother, Yuji, would come as well. They had a favor to ask. After they arrived, it didn’t take long for them to get to their point. Yuji was a member of a youth exchange group which was scheduled to host a group of Romanians very soon. Two of the Romanians were scheduled for a homestay at Katsuko’s house. Katsuko’s family wondered if I would come and assist them in hosting the Romanians.

I readily agreed, although I tried to make sure they understood that I didn’t know whether we would be able to communicate, since I knew no Romanian. When I arrived at Katsuko’s house this time it was buzzing with preparations for the Romanians, who soon arrived. I watched them being ushered into the same parlor I had been led into two weeks before. However, I now found myself in the kitchen, helping to carry plates of sashimi and other Japanese delicacies from there to the guest parlor. Helping Katsuko’s family in hosting the Romanians meant that I was working in common with them, and we laughed and joked while we worked.

My assistance to Katsuko’s new family meant a swift transition from the formal to the informal areas of the house, and the social life of its members. Instead of receiving deference as a guest, I was now helping the hosts to give deference to their other guests. In juxtaposition to the Romanians, who were even more distant than I was, I had been unceremoniously pulled into the “inside”, turned into a host, and given access to the kitchen.

Moreover, when the guests left, I never went back to the parlor and the conversations with the grandfather. Instead, as I now had access to Katsuko’s household area, she and I were able to catch up on what was going on when I accompanied her as she carried on her household activities. I ended up spending many days at her house and getting to know her new family well. The Romanian visitors turned out to be the vehicle which gave me access to the “inside” of a household that I had wondered how I was ever going to enter.

Until now we have seen the family (viewing itself as uchi) defining its guests at various points along a single axis, which moves from inside (uchi) to outside (soto). The uchi/soto calculations are made in terms of two points: host (insider) and guest (outsider). The guests are differentiated according to how “close” or “distant” they are gauged to be from one another. (See Modules 5.2―5.4 if you’d like to review this concept.) But what happens when a third party enters into this same situation?  Because the single uchi/soto axis has only two points, a shift is unavoidable. Someone (either the party that just entered the scene or the party that had previously been the soto outsider will have to be moved into uchi.

The above examples all hinge on a third party entering into a two-party interaction scenario. The crucial factor is that the newcomer(s) are more distant than the soto person in the former two-party relationship. As a result, the soto guest suddenly finds herself vaulted into uchi, where she usually assists the host in catering to the more distant newcomer(s). In the case of the bath, the foreigner who had already frequented the neighborhood bath for a month was in a soto relation to the neighborhood bathers. But when they both moved to the non-neighborhood bath, Janine was considered “closer” than the strangers in the non-neighborhood bath. Suddenly she found herself vaulted into their uchi .